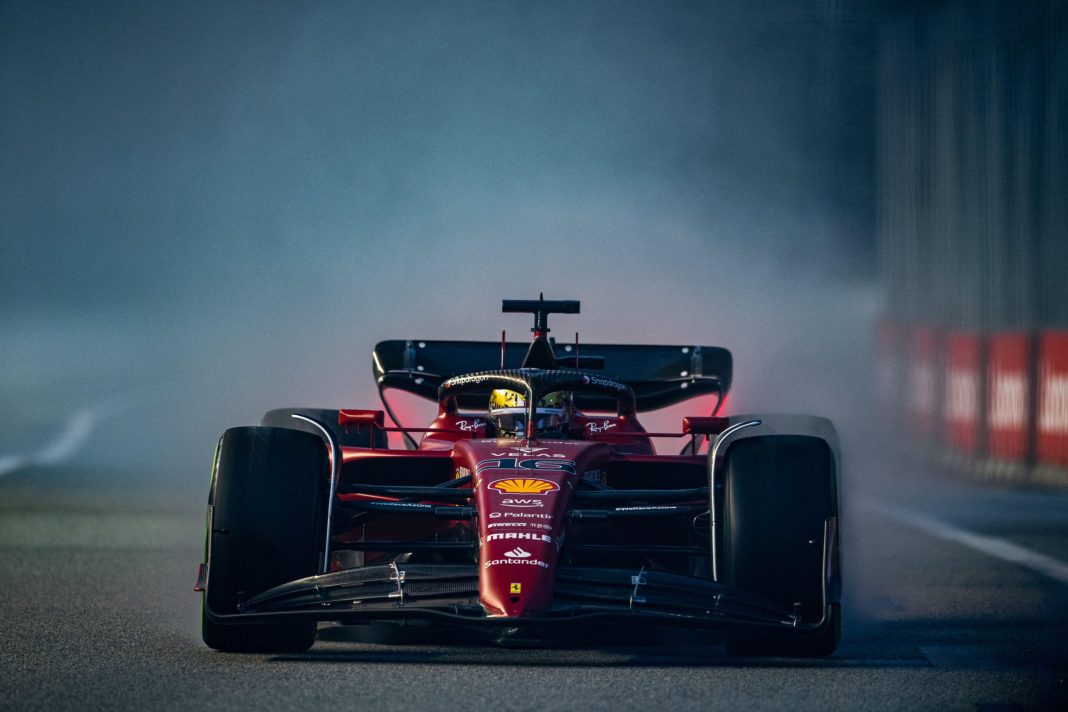 
Charles Leclerc went fastest in an underwhelming and delayed final FIA Formula 1 World Championship practice session at the Marina Bay Street Circuit in Singapore with a time of 1:57.782. The man that the Scuderia Ferrari driver is trying to chase down in Max Verstappen finished only 0.526 seconds behind the Monegasque driver with his team-mate Carlos Sainz Jr., who was at top of the timesheet yesterday in practice two, had to settle for third.

The session got off to a very slow start due to a heavy downpour of rain which eased away throughout the hour but, the wet conditions on track were evident throughout.

Despite the session beginning on time, the pit lane exit remained closed for more than half of the session due to the wet weather, as the marshals worked hard to get the standing water off of the track.

With twenty-eight minutes remaining in the session, the pit lane exit went green and the cars were finally able to go out on track with Pierre Gasly going out first for Scuderia AlphaTauri and setting a lap time of 2:09.894, joined shortly by his team-mate Yuki Tsunoda.

It wouldn’t be long before Valtteri Bottas and Daniel Ricciardo headed out onto the circuit, followed closely by the Aston Martin Aramco Cognizant F1 Team pairing of Lance Stroll and Sebastian Vettel.

Bottas would soon be on the radio to report back to the pitlane, “No big issues with the standing water, I actually think intermediate [tyres] are better,” said the Finn.

The current World Champion came out on track with twenty-one minutes to go in the session on the intermediate tyres as the conditions were starting to dry up. With around fourteen minutes remaining in the session, Verstappen led the way with a 2:02.098 lap time.

Nicholas Latifi suffered an off-track excursion as he run straight on at Turn 13, the Canadian was quick to jump on the radio to complain about steering issues affecting his Williams Racing car.

The Haas F1 Team avoided a potential accident with Mick Schumacher, just as the German driver was about to head out onto the circuit he was told to stop immediately in the pitlane and was pulled back to his garage to make sure the rear wheels were correctly fitted, the stewards would note this as an unsafe release.

Both Mercedes-AMG Petronas Formula One Team drivers left it late to go out on track with Lewis Hamilton being the last driver to leave the paddock. Both British drivers struggled in the session as George Russell ended up in ninth on the timesheet with Hamilton in twelfth.

With only a couple of minutes to go in practice three, Leclerc set the fastest lap of a frustrating session with a 1:57.782.