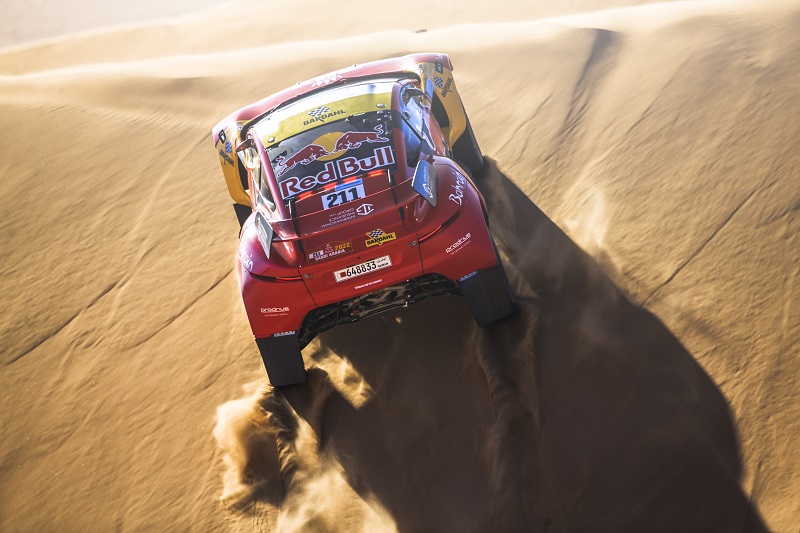 Seventy-two are in the T1 and T2 categories for cars, with the latter being for production vehicles like the Toyota Land Cruiser duo of Akira Miura and Ronald Basso fielded by Toyota Auto Body that has won T2 for the last nine years. As the defending overall winner, Nasser Al-Attiyah will sport #200. T1 and T2’s number assignments range from 200 to 299.

The Light Prototypes of T3 boast forty-four entries led by Francisco López Contardo. T3’s car numbers are in the 300s.

Forming the 400s are the SSVs in T4, with Rokas Baciuškas holding #400. While the lowest number is typically run by the reigning class victor, Austin Jones has moved up to T3. Baciuškas finished third in T4 at the 2022 Rally before winning the category’s World Rally-Raid Championship.

Trucks in T5 have numbers that range in the 500s. Last year’s winner Dmitry Sotnikov is not taking part as his KAMAZ-master team is barred due to their involvement with the Russian invasion of Ukraine. Kees Koolen finished thirteenth in 2022, but he will hold #500 as the defending class W2RC winner.

The Russo-Ukrainian War prompted multiple Russian entries to back out as they refused to sign the FIA’s emergency measures to condemn it. Besides KAMAZ-master, Sergei Kariakin and Anastasiya Nifontova have also publicly declared their absences. On the other hand, Denis Krotov and Konstantin Zhiltosv will race in T1 under Israeli licences. Kariakin’s team-mate Nikita Mazepin, under sanction since the full-scale invasion began, has long maintained hope of being permitted but is not included on the entry list.

Jones is among a handful of Dakar entrants who contested the Baja 1000, also one of the largest off-road races in the world, this past weekend. Toby Price and Tomás de Gavardo are competing in the Bikes. After teaming up for the 1000, Gerard Farrés and António Marmolejo will race against each other in T4, and the latter is joined by fellow Baja partner Ariel Jatón.

Combined with the 144 riders in the Bike and Quad classes and the 91 entries in the Dakar Classic, there are 453 total participants.