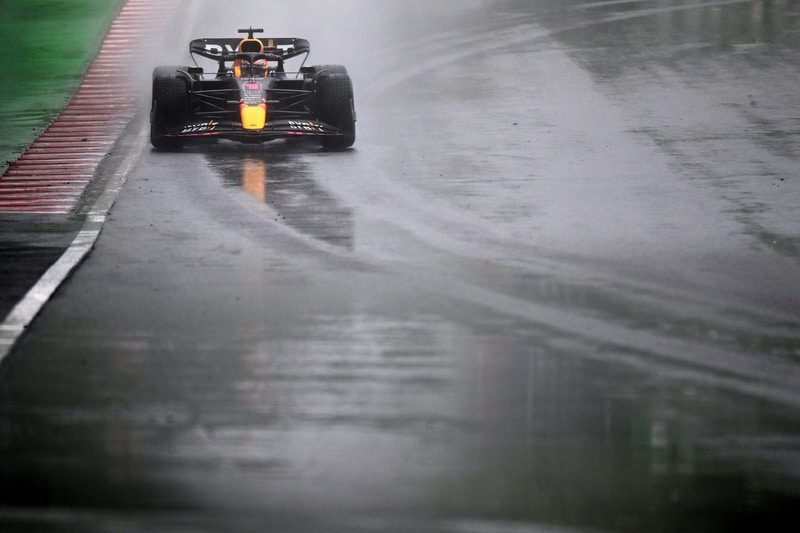 
Max Verstappen clinched pole position at the 2022 Canadian Grand Prix at the Circuit Gilles-Villeneuve in Montreal.

Fernando Alonso was in second position, 0.645 seconds slower than Verstappen. Carlos Sainz was in third position as he was edged out by his fellow Spaniard Alonso in the dying minutes of the session.

Lewis Hamilton and Kevin Magnussen rounded off the top five positions in the qualification session at a very wet circuit.

But in the wet conditions, the drivers used the intermediate and wet tyres.

The drivers came out on the full wet tyres in conditions that were worse than the conditions in final practice in the morning. George Russell set the early pace with a lap time of 1m36.688s.

Verstappen was on top of the difficult conditions and kept going faster to top the session with a lap time of 1m32.219s. Alonso continued his good form in final practice to take second position ahead of Sainz.

The Aston Martin Aramco Cognizant F1 Team drivers, Sebastian Vettel and Lance Stroll, had no grip and none of the pace of the morning session and were eliminated.

Q2: Pérez and Norris knocked out

Most of the drivers came out on the full wet tyres even as the track was drying out. Alexander Albon and Sergio Pérez on the intermediate tyres went off the track and hit the barriers. Albon was able to reverse and rejoin the track.

Pérez suffered front-wing damage and his session was over. The session was red-flagged and resumed with nine minutes on the clock.

Lando Norris experienced power unit (PU) issues and was eliminated. Alonso was edged out of the top spot by Verstappen in the dying minutes of the session.

Zhou Guanyu made it into the final session of qualification (Q3) for the first time in his career even as Bottas was eliminated.

The last all-important twelve minutes of the top ten shootout started with pole position being contested by Verstappen, Sainz and Alonso.

Verstappen went to the top of the time charts with a lap time of 1m22.701s. The lap time was a full second quicker than his challengers.

On his second flying lap, Russell put on the slick tyres in a bold move that ended with the Briton hitting the barriers and suffered a damaged rear-wing.

Verstappen went even faster to take pole position. It was a dominant performance by the Dutchman as he topped all the sessions by a margin.

In the dying minutes of the session, Alonso edged out Sainz to take second position. Alonso topped the final free practice and made his good form count in the qualification session.