We live in a capitalist society which is driven by two fundamental and symbiotic principles: supply and demand as defined by the leading economist, Sir Adam Smith. There is a direct causal relationship between these two principles, in that as one increase the other will decrease. Therefore, a product which is readily available will be quite cheap, whereas a product which is much rarer will carry with it a higher price tag.

With rare items, there also tends to be a “following” that attaches itself to the product, in other words, a group or community of people who are more than likely to be willing to pay over the odds and pay more than the actual market value of the product just for the sake of owning it.

Given these shaky and uncertain times where recession and inflation seem to be becoming increasingly prevalent, where stocks have plummeted, house prices crashed more and more people are looking for alternate sources of investment and so much interest has been turned towards classic cars. Investing in classic cars is by no stretch of the imagination a recent or new phenomena, but has became more popular given the financial crisis. 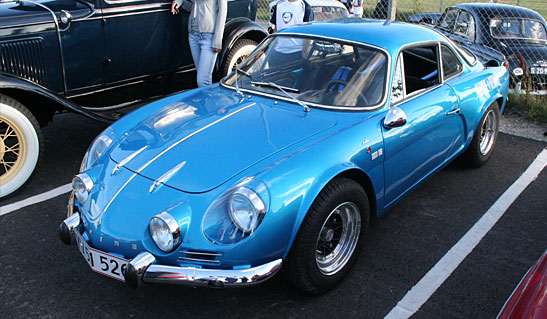 A major source of stress for the modern day car owner is that despite their best efforts, despite the pain staking attempts and extraordinary lengths they go to so as to ensure that their car is in full working order have to contend with the fact that their car will depreciate (often by a ridiculous amount) each year.  As soon as a brand new car, purchased from  a car showroom drives away, the value automatically drops by 20%. How’s that for rotten luck?

Classic cars on the other hand tend to remain stable and in some cases (provided that they are in good condition) will actually increase in value. Classic cars are also eligible for tax reliefs and also for reduced rates of mileage, subject to certain qualifications.

In the UK for example, any car which was built before the 1st January 1973 is classified as a historic car and thus incurs no road tax liability. Classic cars are often utilized by UK companies as a tax relief trick, as company tax is chargeable upon the purchase price of each individual car.  With these two benefits combined, this equates to a rather generous package indeed. Classic cars are often classified by the UK Treasury as having an estimated useful life of less than 50 years, which means that the proceeds of any sale of the classic car are fully exempt from tax!

Whilst any commodity or consumer good will rise and fall in value, classic cars have been steadily increasing in value since the 1980s and with very little indication of slowing down. The demand has increased dramatically whilst the supply has slowly dwindled, with once available car parts now no longer being sold at all, this makes classic cars even more attractive and lucrative than they once were.