The Triumph Spitfire was a British designed and created sports car released during the 50’s and is so often underestimated due to its rather diminutive size. They say that it is never a good idea to judge a book by its cover and in the context of the Triumph Spitfire never before has there been a car that has had such a rich, intriguing and remarkable history as this little car has.

The Triumph Spitfire was the work of the Triumph Company, a business which had a rather ironic choice in name seeing as it had struggled from day one to turn a profit. Whilst the company had managed to secure a few lucrative government contracts during the Second World War which helped to inject some much needed capital back into the company, this was a temporary reprieve only. 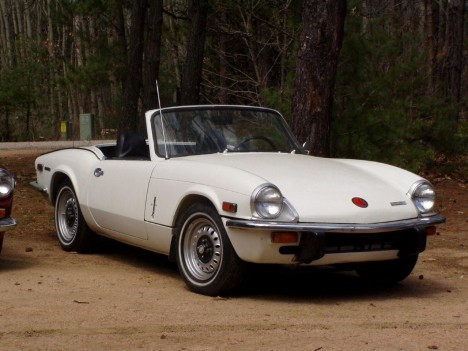 As a direct result of ever increasing costs and with creditors now becoming increasingly irate about not getting their due credit, the Triumph Company was taken over by Leyland Motors and during this time the production of the Triumph Spitfire was halted altogether. Given that the Triumph Company had a dreadful track record of costly cars with poor sales records, the Leyland executives wanted to ensure that they kept a much tighter grip on the finances of the company.

Legend has it that the only working prototype of the Triumph Spitfire was left languishing in the production workshop before being discovered by a curious executive who was so impressed by it that he ordered an immediate production of it.