The Ferrari 512 Berlinetta Boxer  was first introduced and made available for sale to the general public in 1976, and was designed and manufactured to replace the FR Daytona, and during its lifespan which spanned 1976-1984, During its production run about 929 512BB’s and 1,007 512BBi’s were produced. The very first Boxer produced was the 365 GT 4 and this was first exhibited at the Turin Motor show in 1971, although not actually made available for sale until 2 years later in 1973 under the guise of 365 GT4/BB. The Boxers engines were flattened to 180 degrees, whilst the radiator of the boxer remained in the same position, whilst the coolant lines were to be run directly under the doorsills.

There was a very limited number of these models created, only 387 in total were ever created, and of those 387, only a grand total of 58 were created as a right hand drive. This has meant that the 365 GT 4 is highly sought and valued to this day, and is guaranteed to be a centrepiece at any car auction. One of the features of the 365 GT 4 that made it so unique was that it made use of timing belts as opposed to chains in its engines. 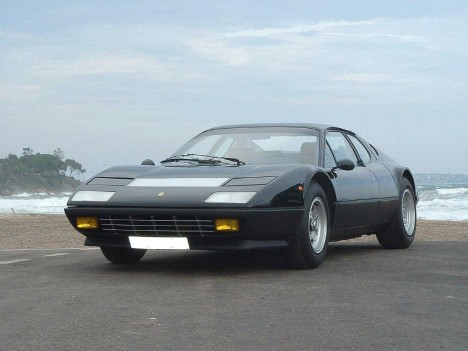 Whilst a major influence on the actual design, production and creation of the Boxer was the prevalence and increasing awareness of racing cars, the Boxer itself was not considered by Ferrari to be a viable option for racing, or to be converted as such, the actual physical specifications of the Boxer meant that is was just not suited for racing. It was too ungainly, the weight too high, and the engine was just totally unsuited for transaxle purposes. Porsche had already introduced models of cars onto the general market that were better suited for such racing conditions, another deterring factor for Ferrari, whose Boxer seemed inelegant and clumsy in comparison.

In 1974, the pressure was once again imposed on Ferrari to devise a new, competitive and financially viable product, as Lamborghini released its Countach, which was ostentatious, garish and unique, certainly making its presence known. Stylistically, Ferraris Boxers were rather plain in comparison and so set to work to devise a viable alternative. Ferrari made the important decision not to create an entirely new model, but to simply revise and improve upon the currently existing Boxer design, and with (albeit minor) alterations made, the 512BB was available for sale.

In 1976, Ferrari decided that an update was required, so the 365 was upgraded to the Berlinetta Boxer 512 and enjoyed a larger engine than the 365 ever did, although the overall horsepower of the 512 was less than that of the 365 and in total only 929 of the 512 BBs were ever made. Production of the 512 BB seemed to help Ferrari finally win an overall advantage and dominance over Lamborghini and the 512 BB was continued until 1984 when it was finally replaced by the Testarossa.

It would be inaccurate and misleading to say that the 512 BB technical prowess and elegant design won Ferrari the dominant market position, one must remember that at this time, Lamborghini was suffering severe financial problems, so severe in fact that they were bordering on liquidation. Such a chronic lack of funds would have obviously crippled the company’s ability to maintain and produce new, viable options and it seems that Ferraris success, whilst noteworthy, is also down to the misfortune of its biggest rival.

An interesting side note is that a great number of customers were disstisifed with the design of the car, due to the location of the coolant lines, as they tended to make the cockpit heat up most uncomfortably.

One reply on “Ferrari 512 Berlinetta Boxer”

More inaccurate information published by a non owner of the BB512. The fact is Boxers were competitive in there day though out horsepowered by the 935s. Boxers dominate vintage racing today despite the supposed high center of gravity over Daytonas and other front engine Ferraris. The BB motor despite being mounted above the trans has as much mass a aTraditional V!2 which have all the weight on top of the motor.

Boxers blow away the ugly tacky Countach concerning looks, open both clamshells see which car the crowds gather around. Concerning hot cockpit they are warm inside to an extent but so is a Dino or 308 328.

Boxers drive like a race car, raw unforgiving and loud that’s what ferrari is all about and few Ferraris offer the visceral experience a carb Boxer can.