The Porsche 914 was first brought onto the market in 1969 as a joint collaboration between both Porsche and Volkswagen, both of whom were suffering severe decline in their respective market shares, and wanted to introduce a new model to attract new customers, but which would also appeal and maintain the loyal fan base that it had accumulated thus far. At this time, most of the development, research and actual manufacturing of cars were carried out by Porsche for Volkswagens benefit, and this was an arrangement that would have a major effect on the outcome of their marketing decisions in the US.

The original design was to have two models, both would have a similar body, but the engines would be 4-cylinder engine for Volkswagen and a 6-cylinder engine for Porsches. However, Porsche decided that having the two models so similarly matched and in competition would be a foolhardy and risky affair in the Northern US market and so Porsche adopted a full market presence. 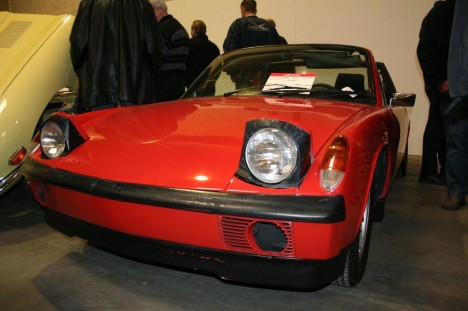 However, this arrangement was short-lived, in April 12th 1968, with the untimely death of the chairman of Volkswagen, Heinz Nordhof, Nordhof was willing to strike a long-term business deal with Porsche, regrettably, his successor, one Kurt Lotz was not so accommodating and all of the hard work between the two companies failed miserably.

Not only did Lotz sever the agreement whereby Volkswagen would have a monopoly of the Northern US markets, but he was of the opinion that Volkswagen legally possessed all rights to the model and would not share the blueprints and design plans unless and until Porsche contributed towards the expenses of manufacture.

With this rift now firmly established, the two companies released separate models, according to the original specifications.

Problems with their former business partners and allies was not the only problem that dogged Porsches success, with a sluggish market which was quickly being outstripped by increasingly high production costs. Porsche was discontinued in 1972 after only a short-lived lifespan on the open market (a grand total of 3 years.) and this meant that the 914 model was one of the shortest lived models in the Porsche product history.

In Europe, sales were met with a particularly lukewarm and borderline hostile attitude, many were unsure that the actual quality of the 914 model was of a sufficient quality to allow it to be classed as an actual Porsche product. The 914 seemed to be a distinctly mediocre product, despite a great deal of sale gloss and hyperbole in which the US branch of the company emphasised its mid-engine design which allowed for better steering, handling, safer driving as well as increased tire longevity.

Despite this, and a fairly competitive price in comparison to major rival products at the time of its launch, the 914 had no real characteristic or feature of itself that set itself apart from the competition, with most critics reporting that they felt hugely underwhelmed. Such cynics also stated that whilst it maybe enjoy some (albeit it very limited) success,  this was most likely to be as a result of the prestige of owning a Porsche.

As of 1974, all Porsche 914s sold and marketed in the US were also given rather chunky front bumper protectors in order to ensure that the cars complied with the recently passed 5 mph impact laws.