The first Citroën CX model was produced in 1974, and was widely and critically acclaimed, just one year into its existence and it was already classed as the European Car of the Year, and although production ceased in 1991 thus ending its 16 year reign, the Citroen CX had already sold an astonishing and unprecedented 1.2 million units. Whilst these sale figures are impressive in their own right, what makes them truly remarkable is that Citroen had a very marginal base in which to distribute the cars, and their market therefore was limited at best, as its competitors were able to take full advantage of a global distribution network and a captive world-wide audience.

The Citroen CX was remarkably modern, bordering on cutting edge at its date of creation, as it combined both a unique and unprecedented hydro-pneumatic integral self-levelling suspension, speed-adjustable DIRAVI power steering (which happened to be the world’s first dynamic one), as well as a unique interior design that did away with steering column stalks. This allowed the driver to reach all controls whilst maintaining their hands firmly on the steering wheel and such a ergonomic design proved to be very popular with consumers. 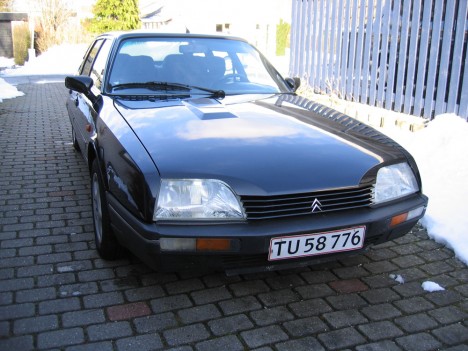 The suspension of the Citroen cars meant that the stability and ease of handling of the cars were guaranteed, even in the most treacherous of road conditions, and the suspension design was later borrowed by the likes of Rolls Royce due to its efficiency and safety.

However, the Citroen soon became dogged by negative consumer perceptions, such perceptions revolved around the idea that whilst the Citroen was a solidly working vehicle, that had excellent components, such components were liable to break down frequently and as a result were costly in the long term, meaning that the Citroen was not a car to be considered as a viable long-term option. A particular concern was the rapid and quite early rusting that occurred to the vehicle, whilst this was a concern that Citroen very quickly remedied, again, the damage had been done and the consumers were deterred.

Perception is key, and whilst Citroen tried its best to dissuade the negative press surrounding its product, in time, such poor opinion led to a steady decline in sales.

The actual development and evolution of the Citroen CX was an ever dynamic process, which can be broken and distinguished into three separate phrases, the Phase 1, so called “Flat Arches”  models which were released in 1975 were poorly designed, and were defeated by their mortal enemy: rust. In 1986, Citroen tried to overcome this fundamental design flaw by releasing the Series 2 model which boasted a number of improvements and upgrades such as plastic bumpers and a far more superior electronics system. This electronics system however was viewed with cynicism and mistrust by many people, it was regarded as something of a white elephant and too often liable to break down, further solidifying the negative reputation of the Citroen CX.

Despite such niggling flaws, the Citroen CX went on to reach the most unlikely of markets, for example, it managed to prove itself very popular in China, only narrowly losing out on a highly lucrative contract which would have guaranteed their market dominance for a long time to come. China gave the company a consolation prize, a contract which allowed Citroen to produce in excess of 100,000 models per year. This story is made all the remarkable by the fact that Citroen as previously mentioned earlier was limited to a small market base, and did not enjoy the astronomical budgets and resources its competitors had.