The Datsun 240Z is also known as the Nissan S30, and these so called “Z cars” hold the rather impressive title of the highest number of sales ever, totaling in at nearly 1,7,000 units sold worldwide. The Z cars have managed to strike a perfect balance of excellent craftsmanship, top quality, impeccable safety records combined with remarkably low prices and flawless handling.

There is an affectionate joke about the Datsun 240Zs that they are the cars that you feel guilty for driving in, thinking that you have cheated the salesman out of a decent profit. Whilst the Datsun 240Z series was only produced in a relatively short timeframe (in total, 8 years) they managed to further strengthen the Nissan Company market share. 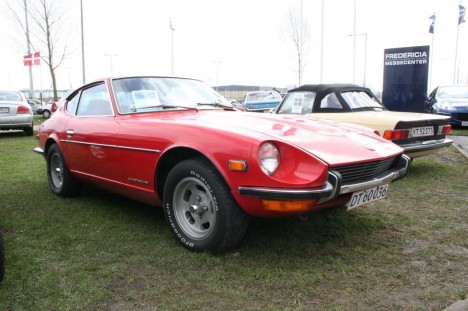 There is often a fear that the first attempt of any given product may fail, after all, with no real experience to rely upon, the executives will wait with a degree of mild panic as to the success of their product. The Datsun 240Z was Nissan company’s first real attempt to break into the sports car market, a niche in the market which they had previously traditionally shied away from, and so the expectations were minimal at best.

No one at Nissan could have possibly have predicted the fantastic reception that the Datsun 240Z would receive, wowing consumers and winning over industry critics alike, and the Datsun 240Z single-handedly helped to make the Nissan name a household name, and synonymous with quality at a very reasonable price.

What makes the success of the Datsun 240Z even more remarkable is that at the time of its launch, there was already a serious saturation of sports cars on the market, what with the likes of car manufacturer heavyweights such as Jaguar and Audi strong market leaders.

The strategic planning of the Nissan company is nothing short of militaristic in its precision and execution, as the Nissan company, realizing that the company was simply too fierce to overcome with a gimmicky new model of car alone, worked ardently to reduce the sales price as much as possible. By seriously under pricing the competition, this helped to create a self-fulfilling cycle for the Nissan Company, as more consumers purchased the Datsun 240Z, and as greater consumer awareness was raised, they were able to further reduce the sales prices helping to secure their market position further.

The Datsun 240Z was created and designed to also try and break into the notoriously difficult and fickle Northern American market, which was a goal more than adequately achieved with export numbers for Datsun 240Z almost triple that of the leading market producers.

The Datsun 240Z had its bumpers greatly reinforced so as to ensure that they conformed and satisfied the rather rigid safety requirement introduced at that time by the US government, and in a bid to further satisfy the US consumer, the climate controls were simplified and controlled by use of a button rather than the cumbersome lever that had been relied upon previously.