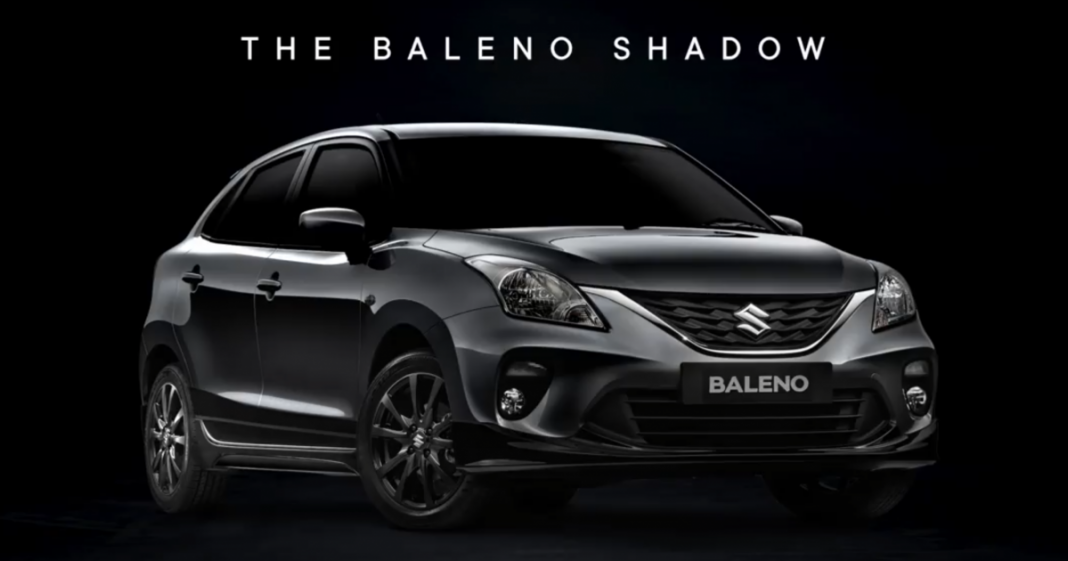 
Suzuki Australia has revealed a special edition of the popular Baleno light hatchback ahead of its imminent departure from the Australian market.

The Suzuki Baleno Shadow is based on the entry-level GL variant but adds a black body kit, black side decals, black 16-inch alloy wheels, and a ‘Shadow’ badge.

The blacked-out special edition Baleno is priced from $26,890 drive-away, which is $5900 more expensive than the equivalent GL variant.

There are only going to be 300 examples of the Baleno Shadow made available Down Under.

Powering the Suzuki Baleno Shadow is the same 1.4-litre naturally-aspirated four-cylinder petrol engine as the rest of the Baleno range, producing 68kW of power and 130Nm of torque.

Unlike the Baleno GL which is available with a five-speed manual transmission, the Baleno Shadow is exclusively mated to a four-speed automatic transmission with an overdrive.

The Baleno Shadow is also only available in two different exterior paint colours: Arctic White and Premium Silver Metallic. The latter of these colours costs an additional $595.

As recently reported, stock of the pre-facelift Suzuki Baleno is dwindling, with the final batch having arrived in May.

The updated Baleno, which was revealed in February this year, won’t be sold here, leaving the less spacious but zippier Swift as Suzuki’s go-to light car option.

This updated Baleno, which has new looks and a more modern interior, has been designed to sell in markets such as India, Africa, Latin America, and the Middle East.

The outgoing, pre-update Baleno was also built in India as well, but with an eye on export markets such as Australia and the UK – where it’s also ceased sales.

Moving forward, we’re going to have to rely on the more expensive and less spacious Suzuki Swift to carry the light car torch alone.

“Going into 2023 with that particular segment, we won’t have the opportunity to bring that car [Baleno] in,” said Suzuki Australia general manager Michael Pachota recently, who added the supply of Swifts from Japan was projected to improve to at least partly fill the gap in sales.

“As Swift supply gets better, we can see it taking more share. We won’t necessarily be the same volume but we believe with the value of the product, we think we can retain a lot… of that segment.”

The outgoing Baleno launched in 2016 and became a bit of a surprise top-seller for Suzuki Australia, ending up as the market’s second top-selling light car after the Chinese MG 3.

To the end of July, Suzuki sold a total of 5028 Baleno models, which is a far cry from top-selling MG 3 that had 9480 examples sold over the same period.

Facebook
Twitter
Pinterest
WhatsApp
Previous articleFIA confirms changes to the 2022 and 2023 F1 Technical Regulations
Next articleIt’s Your LAST CHANCE To Save 10% During Our SummerFest Dynamic+ Tuning Sale!