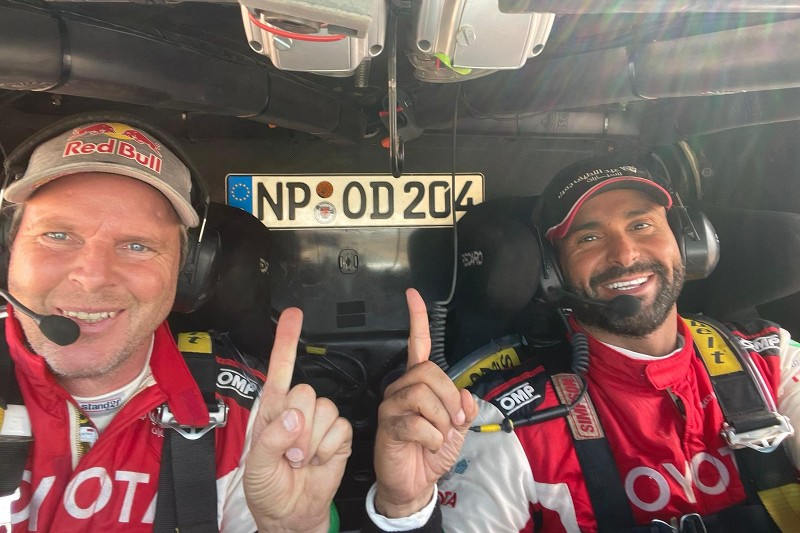 
Despite winning Stage #2, Sébastien Loeb has endured a tumultuous Rallye du Maroc. The penultimate leg on Wednesday only added to his challenges when a steering failure resulted in his retirement. With World Rally-Raid Championship T1 rival Nasser Al-Attiyah finishing third behind Yazeed Al-Rajhi and Guerlain Chicherit, the points battle grows narrower.

Al-Rajhi notched his second stage win of the rally after Stage #1B, beating Chicherit with a time of 3:11:40 to 3:13:10. While Al-Rajhi moves up from seventh to fourth in the Cars overall, Chicherit maintains his lead with Orlando Terranova tailing by nine minutes and fifty-seven seconds. Loeb had been sitting third before exiting Stage #4, and his position has now been usurped by prologue and Stage #3 winner Al-Attiyah. Barring disaster in the final stage, Al-Attiyah will enter the season-ending Andalucía Rally with the points lead.

Another exitee in the leg was the RallyGP of Toby Price, who was also third in his class entering Wednesday’s stage. At the eighty-fifth kilometre, Price crashed out while attempting to navigate through dust, resulting in bruises to his forehead and hands and necessitating an airlift to hospital. Although he was not seriously injured, the crash damaged his helmet and has forced him to retire from the rally for good.

“Not much to say other then I really [fucked] up,” posted Price on Instagram. “Made a mistake early and lost 3 minutes on time, so was in some dust and moved out to see better but went back into some dust and not 100% sure what I hit but was on the ground after this. Big thanks to Bell Helmets for keeping my head safe but sure pissed I wrecked a new helmet and Alpinestars for the protection. Was seeing some stars but was back on the bike and at the refuel I was sore in my neck with bruise on my forehead and both wrists/hands.. when they seen my helmet I couldn’t continue with a split it had in it and wanted to check me out. So helicopter ride out and all checks come back fine luckily. Just feel I’m still in the clouds a little.

“Sorry to the team for all the hard work they put in, we were sitting in a great spot and I threw that one away and I’m bummed I let you all down. Thanks for always following the journey sometimes it’s good and this one is shit[.]”

With Price out of the picture, Ricky Brabec beat Sam Sunderland by over four minutes (3:21:35 to 3:25:51) to take the stage win and the overall, stealing the latter from fellow American Skyler Howes. Ross Branch got lost multiple times but was able to salvage a fourth.

The fifth and final leg on Thursday goes from Tan Tan back to Agadir.