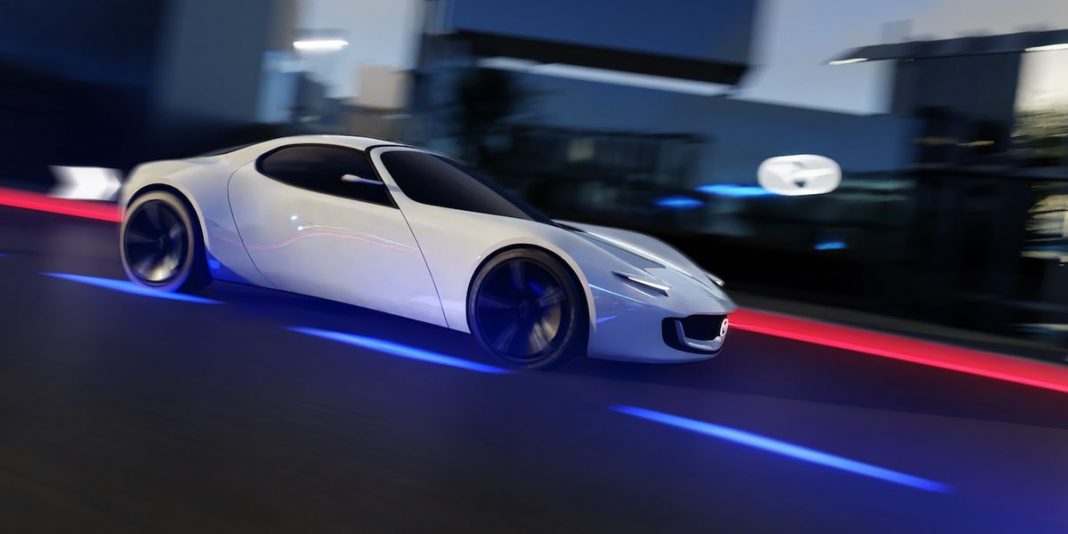 Is This Cool Concept with Butterfly Doors the Next Mazda Miata?


The thought of an all-electric Mazda Miata might peeve purists, but there will surely come a day when it’s a reality. While it’s still too soon to say when the first MX-5 EV will arrive, Mazda today revealed a three-phase strategy that prioritizes electrification leading up to 2030. Along with its updated plans, the company teased the “Vision Study Model,” a stunning coupe concept that we hope previews the future design of the iconic two-seater sports car.

Last year, Mazda confirmed to Car and Driver that the next-generation Miata will be electrified in some way. We expect that to mean some sort of hybrid setup, which corresponds with part of the company’s second phase. However, we wouldn’t be surprised to see a fully electric Miata by the end of the decade. We also wouldn’t be shocked to see an EV version that looks similar to the concept shown in press images as well as in clips of the video on Mazda’s official YouTube channel (the concept first appears at the 34:55 mark).

In the minutes leading up to the concept’s first appearance, we see numerous shots of people happily driving different Miata generations, which further fuels our speculation that there’s a connection between past MX-5s and the Vision Study Model.

Our first look at the concept is viewed through an iPhone screen, with its exposed chassis featuring what appears to be a T-shaped battery pack. The car’s body then drops on top and we see its passenger-side butterfly door open up.

While the crazy doors are one of the concept’s defining features, we don’t expect them to be part of a production model. We do expect future Miatas to maintain a convertible body style, although a fixed-roof variant like the concept wouldn’t be a first, as Mazda did offer the rare JDM-only NB-generation coupe.

The rest of the imaginary sports car looks doable, albeit ultra-dramatic. Its wide hips, peaked front fenders, and low cowl are all exaggerated traits of the current ND Miata. The illuminated Mazda logo mounted low on the concept’s nose and the slim, protruding front lighting elements are other neat touches.

Of course, we realize Mazda’s Vision Study Model might not preview a future Miata EV at all. We have flashbacks of the visually arresting four-door Vision Coupe concept the company revealed back in 2017 that has not come to fruition. However, its aspirational styling did go on to influence the brand’s design language, so perhaps the Miata-esque concept will do the same. At least we can dare to dream.